A post production house deals with everything that has and needs to be done after filming and shooting a movie and that may sometimes include sending out of your movie to television corporations available and also posting it on online sites. They deal with editing, adding special effects, dealing with sound problems, cutting off unnecessary parts, and piecing the whole movie together. They do a certain number of things and they are the ones that really bring the movie together to give it that perfect finish and just the right touch that is needed. They deal with a range of things including animation, visual effects, and more. Here are some of the works a post-production company handles and how they handle them.

This is the well-known work of a post-production company, they select clips that have been shot and put them together in the right order so the story can be told properly and be fully understood, it deals with the manipulation of both sound and picture and also sound effects, soundtracks, and credits. Editing takes a lot of time and needs to be done properly to make sure the video comes out perfect, this is also the time that is used to cut out mistakes that have been made and were not noticed while shooting.

This aspect is inputting aspects and effects that could not be filmed during filming with the use of a green screen, this is where images and designs are created using a computer. People often mistake visual effects for special effects, but they are extremely different, special effects are done during filming and an example is monster makeup or explosions.

This work is also something done by post-production, it is the illusion of movement that is done by the use of rapid successions of images that slightly differ from each other. It is done with the use of a computer, but in the old days, it was done manually and required a lot of time and patience.

A post-production house deals with the distribution of the movie that has been made and this distribution varies from online platforms. There is the posting of the video on social media platforms like Instagram and Twitter and in order for you to do this, there are some specific requirements you have to meet like the length of the video. Then there are also platforms like Netflix, Amazon, YouTube, where the full let and quality of the picture can be fully posted.

The correcting of the color of a video production house film is also something that is done by the post-production, it deals with the adjustment of the light and saturation of the previously recorded film, adjusting and correcting the color so everything blends well and properly in a much better manner so the story is properly told. 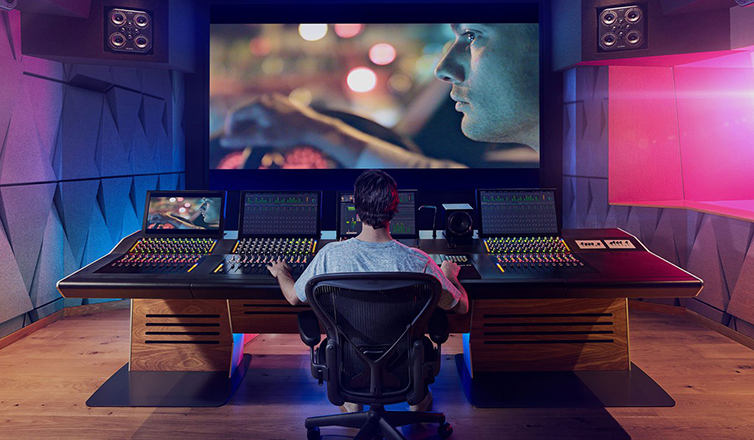 Skydiver, traveler, ukulelist, hand letterer and HTML5 Guru. Doing at the crossroads of minimalism and function to develop visual solutions that inform and persuade. German award-winning designer raised in Austria & currently living in Dubai. View all posts by Oliver Hood